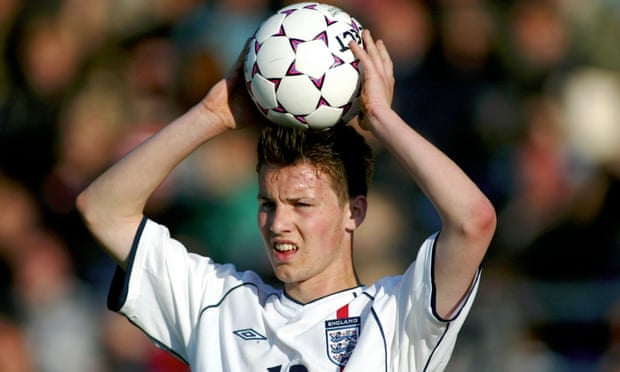 U17 and Dreaming of the Future

Manchester United played Shrewsbury Town in the FA Cup this week and managed a 3-0 victory, but the most interesting thing about the match might have been Stuart James’ article in the Guardian about Mat Sadler, the Shrewsbury defender who played alongside Wayne Rooney on the England U17 team 14 years ago. The “reunion” between Rooney and Sadler was forestalled by Rooney’s injury, but it seemed at first like the fleeting interaction would be a fitting metaphor for the vicissitudes of the two men’s careers, with Sadler’s, it was pointed out, having not quite panned out. After being tapped for the England national side and sure success early, he’d appeared briefly in the Premier League, but only briefly, and then began a “disappointing” career as a player in the lower leagues.

Ironically, though, Sadler isn’t really an underachiever.  Playing in the third tier made him a success by youth national team standards.  As the article noted, “Only five of the 18 members of the [U17] England squad who finished third in that tournament in Denmark are still playing professional football.”

Consider this data point from an article in the Telegraph in 2007.

In 2003, [David] Platt and other senior members of the FA’s technical department organised a ‘Player Audit’ in which they rated uncapped youngsters as “certainties” for full England honours, “on course” or “having no chance”. Platt maintains that “the audit severely over-estimated the quality of the player within the system”.

What to make of this? Even at the elite levels, present skill is easier to spot than ‘talent’–i.e. future skill.  We think we see the future but we don’t.  Learning curves, physiological growth curves, attitudes, health, commitment, psychology- they are all too unpredictable.  The mistake isn’t not guessing right. It’s betting too heavily on the guess.

For the FA, the data means one thing, but for youth coaches and clubs who are interested in long term development, the issues are different: the data tells us we need to coach and select differently.

Here are some thoughts on the ramifications for coaches and clubs:

It means that youth soccer is way too early to permanently sort players.  In the classroom grouping by achievement level only works if it is fluid–constantly changing and responding to progress of students–rather than fixed: here is the top group; here is the bottom group.   So, sure, there should be an A team and a B team in your club, but HOW you structure that dynamic is critical.

Here are some questions that I think clubs and coaches should ask when sorting:

5 Responses to “Annals of Coaching: On Identifying Talent (& How That Shapes Coaching Decisions)”