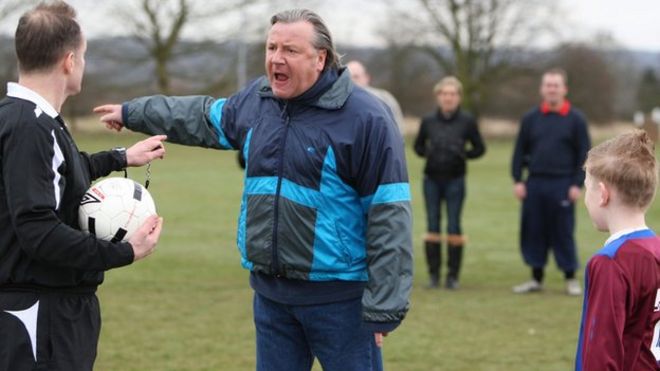 A couple of weeks ago I listened in while a coach I admire reminded his team’s parents not to criticize the referee during a game. He made some really good points of which #1, as he noted, was by far the most important

I’d like to add one more to his list that I would put just behind #1 in importance: It’s bad for your child’s development as an athlete.

After the game (sometimes during) players should be thinking: what did I do well that I can do more of; what situations can I learn from and improve upon? Reflecting on and talking about the referee’s performance is a big, juicy distraction from that work. It takes the core self-study work of an athlete and replaces it with a discussion about the performance of someone they have no control over and who potentially provides them with a reason not to be honest with themselves about outcomes.

So adults talking to refs or even about refs–during the game, after the game–distracts players from reflecting on their own play and thus interferes with learning.

I know a certain athlete who just might be related to me. Said athlete is generally good about reflecting on and learning from his own play.  He’s usually self-reflective, honest and insightful. But he had a short period at about 12 or 13 years old when the ride home was filled with critiques of the referee–which calls he missed, etc.

For what it’s worth, here’s some of the language I tried to use to change the focus:

1) I did not notice. I was not watching the ref I was watching you and your team.

2) Players are never perfect; neither are referees. I didn’t think the referee materially affected the outcome, but even if he did, it’s irrelevant because you don’t control his decisions: you can only control your own play.

3) Reflecting on your own play helps you improve faster than reflecting on the referee’s play, so let’s do that.

4) (If said player persisted on the topic) I will happily discuss the referee further with you when you play a perfect game and your own play is no longer worthy of reflection.

As a further thought experiment, though, I tried this: At a recent game (not said athlete’s), I decided to count the percentage of all parent comments that were made to or about the referee. I made a series of 10 minute samples. They were imperfect because I sometimes forgot and watched the game but generally the result was around 50 percent of comments made to or about the ref, depending on events and who I was standing near. I mean no wonder players want to get in the car and talk about the referee. They think that’s what matters most to the adults during the game.

2 Responses to “Coaching Notes: Why (Else) Parents Shouldn’t Criticize Refs”